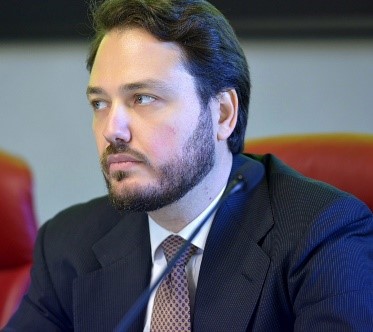 His research ranges from private law (contracts, torts and the law of obligations) to technology regulation (robotics and AI), and bioethics, with a comparative and law and economics approach.

Since 2015, he is the coordinator of a SIR project “RELIABLE” (Rethinking Ethical and Legal Implications of Advanced Bionic Limbs and Exoskeletons), financed by the Italian Ministry of Research, and of a Jean Monnet Module “Europe Regulates Robotics”, and since 2017 he is the scientific coordinator for the WP on “Liability and Risk Management” for robotic applications of the Horizon 2020 project INBOTS, and of WG6 on “Ethical, Legal, Societal and Economic Issues” of the Horizon 2020 project ROBOCOM ++ (Rethinking Robotics for the Robot Companion of the future).

Starting in October 2018, he will coordinate the European Centre of Excellence on the Regulation of Robotics and AI (EURA), funded by the European Commission under the Jean Monnet Action, to bring together, academics, policy-makers, the industry, in a broad debate on how new technologies can and should be tackled.

Dr. Bertolini’s research heavily rests on comparative law and law and economics and largely focus on studying alternative liability models for new technologies, taking into account those technical aspects that force a change in the paradigm, and cause the application of extant rules to become inefficient or detrimental for all players involved, taking into account both the safety of technology and the incentive for its emergence.

Dr. Bertolini’s theory on the so called Risk-Management Approach to liability in robotics and AI, about which he wrote a number of articles on specialized journals, was also presented before the Juri Committee in 2014, and was expressly mentioned both in the 2017 Recommendations of the European Parliament to the Commission on the Civil law rules of robotics, and in the official response of the European Commission, as a possible solution to the problem of liability in robotics and AI.

On such matters, he is often interviewed as an expert by policy makers and international organizations (including the German Ministry for Economic Affairs and Energy, the World Economic Forum, and OECD), and has written studies and expert opinions, for the European Parliament and Commission.